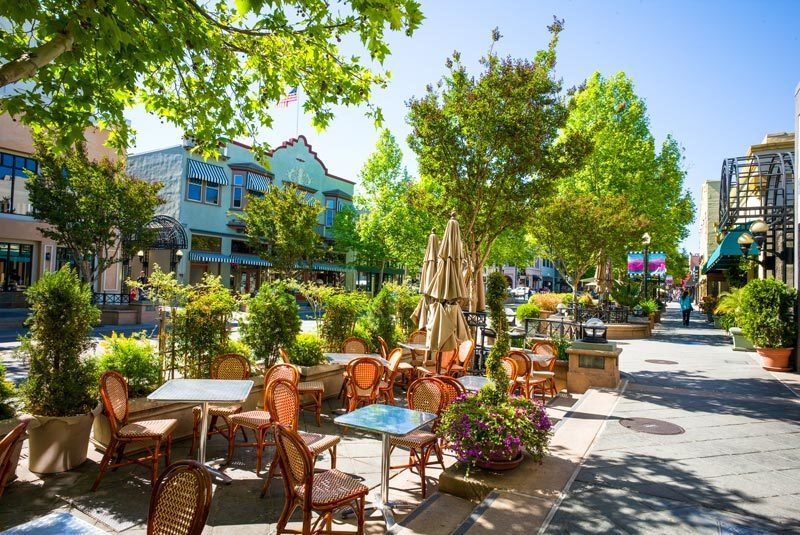 As we emerge from a strict Shelter-in-Place order, cities are preparing to close downtown streets to make way for outdoor dining. Mountain View is making plans to shut down Castro Street, and Sunnyvale has already moved ahead with closing Murphy Avenue.

Closing Castro Street to vehicle traffic had been anticipated with grade separation in the future, but to assist businesses with social distancing, the city's plans to shut down the street sooner are shaping up. It is expected that on June 22nd businesses will be given the go ahead to expand their allowed outdoor dining from patios and sidewalks out into the streets. This will allow them to maximize distance between diners and free up space to accommodate more businesses.

Closure will stretch from Evelyn Avenue to Mercy Street, but leave a middle lane open to bicycle and pedestrian traffic. In the meantime, businesses are putting together cleaning protocol, such as cleaning every surface for 10 minutes between patrons and preparing touchless menus.

In Sunnyvale, Murphy Avenue will remain open only to pedestrian traffic for the next six months to allow businesses to expand on to the streetscape and serve more customers. These efforts were led by the Sunnyvale Downtown Association and were kicked off on Monday with coffee shops opening for street-side customers first thing in the morning.